but masonic isn't correctly identifying them,


demo 1:
i go to the artist index and all artist's are shown just fine 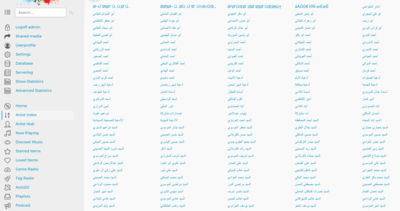 i pick one of the artists and i star it

now here where it gets weird, when i go to my starred items its not shown under artists but under albums!

demo 2: I thought it was a gui glitch so i decided to try using the api
i query the db for the artists and find them all

and use the star method with that artist id and get a correct feedback ( i tryed with rest1 and rest2 with the same resaults)
<subsonic-response xmlns="http://subsonic.org/restapi" status="ok" version="1.15.0" type="subsonic"/>


additional info:
i noticed that all artists are grouped in the UI as albums of that main folder that contains the artist's albums (ie, folder is called X, now all actual artists are considered albums under an artist called X)

under media folder, and since "media type" isn't documented anywhere, i tried with two settings, music - artists/music - various, and i also tried 'group / ungrouped without a vail as well

so what am i missing ?

Guys you can mark this as solved, i was able to solve it by turning off everything related to foldername parsing in the general settings


Sent from my iPhone using Tapatalk